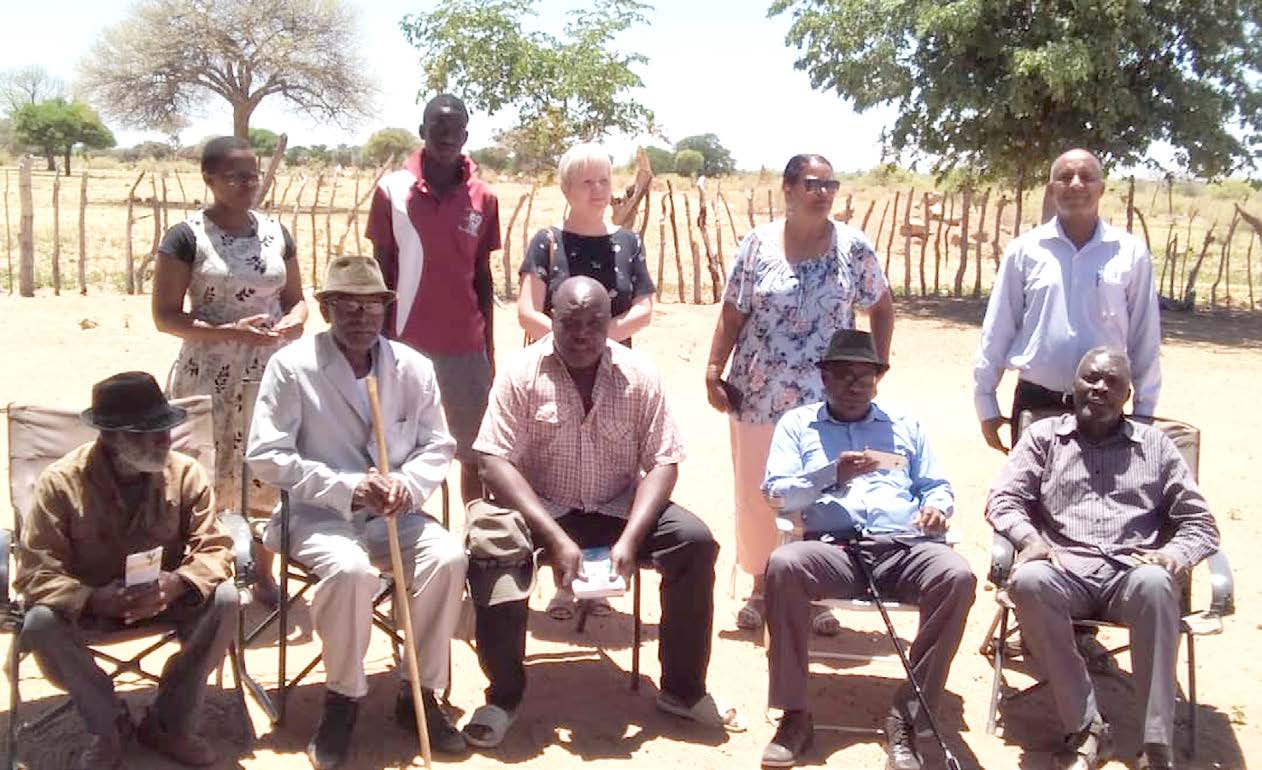 Staff from the Faculty of Human Sciences, Professors Sarala Krishnamurthy, Haileleul Woldemariam, recently travelled to Ruacana, in the Omusati Region. The purpose of the trip was to collect data from the Ovadhimba community.

The research forms part of the three-year EU-funded project Protect, Preserve and Promote Indigenous Cultures and Languages (P3ICL). The researchers visited Omombu, Otjovanatje and Etunda villages in the region, to gain detailed knowledge about the cultural and linguistic expressions of the Ovadhimba people. The Ovadhimba people are a sub-group of the Ovaherero ethnic group.

“They call themselves the ‘mountain people.’ They say they were left behind in the mountains when the Ovaherero moved to the central parts of Namibia. The women wear colourful beaded necklaces, as well as bangles and ankle ornaments. Waist beads are only worn by women who have given birth,” said Prof Sarala Krishnamurthy.

Six men and women from the villages assisted with the data collection. “They conveyed their fear that the Oludhimba language would disappear if it was not protected, preserved and promoted. One of the pastors in the community gave us some books that showed that initial work had been done in terms of the orthography of the language. He also showed us a Bible that had been written in Oludhimba,” remarked Prof Krishnamurthy.

The P3ICL project is funded by the European Union to the tune of N$3.9 million. The project aims to focus on Owambo, Ovaherero and Khoekhoe indigenous groups, producing a repository of cultural expressions like proverbs and folk-tales. The overall goal is to promote cultural unity and diversity in Namibia.